Consequences of Vaping in School 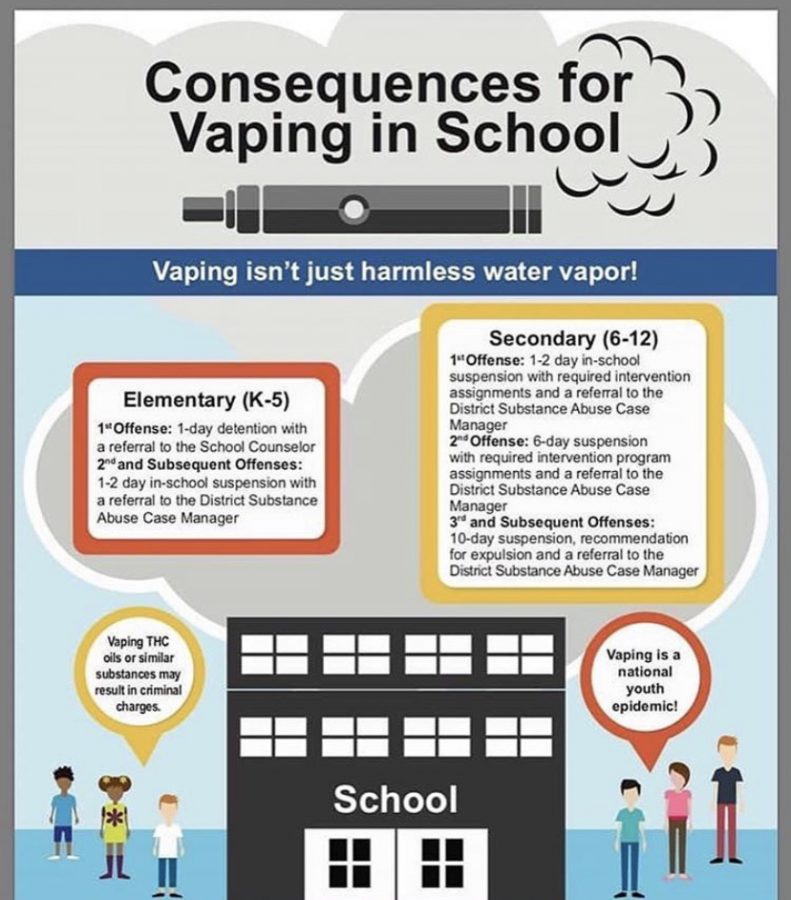 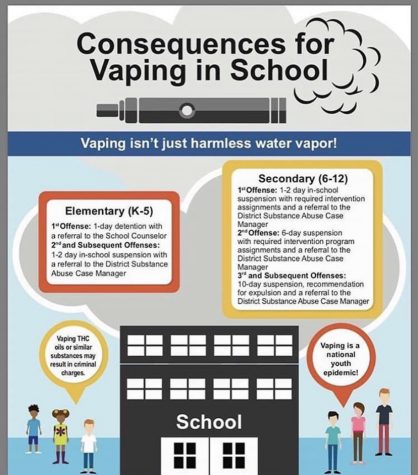 Across all school districts, vaping has become a critical issue that has affected the environment for students and staff. In response to this, the Cove Journalists interviewed Falcon Cove’s Dean of Discipline, James Hedrick. After interviewing Hedrick about his thoughts and opinions on the situation, journalists have gathered information and quotes on the epidemic. Hedrick voices his concern quoting that “Kids are ending up in the hospital and dying, that reason alone should be enough to help prevent students from picking up vaping.” 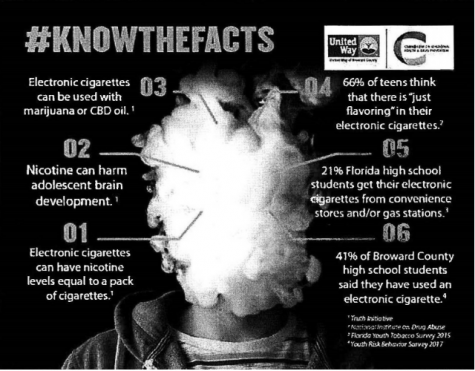 and converting it into vapor. The produced vapor is not “just water vapor” as some individuals may quote. Hedrick describes the consequences of being found with or found using any form of electronic cigarette, “At Falcon Cove a first offense results in a Saturday school detention and a referral to a drug counselor. A second offense results in a mandatory six-day suspension”.

Hedrick believes that the key to lowering vaping rates among students is to educate students about the fatal side effects that come with vaping. Every school should provide a safe and good environment to learn and feel safe in. In response to this Falcon Cove wants to bring attention to how the side effects will impact student’s health-wise and academic-wise.

Many students may begin vaping because they think it’s cool or that it is harmless. Despite these thoughts, it’s not worth it to have risk your health or to have something negative on your record that stays with you forever. The impact that vaping has is significant and it’s better to quit now to prevent further damage to your body.

A statement from Mirshra A, Chaturvedi P, Datta S, Sinukumar S, Joshi P, and Garg A says, “Vaping weakens your immune system.” when your immune system is weak, it’s easier for you to get sick and you can be exposed to more illnesses. Your immune system weakening isn’t the only danger of vaping, it also damages your blood vessels and hurt your lungs without you even realizing it. It’s never too late to see the horrible effects that these products have on you and how you can quit to stop harming yourself further.

Kids everywhere, are getting fatally sick and suffering from effects such as lung collapse from usage of vapes. A report coming from an individual who was just eighteen years old, had their lungs collapse. These devastating impacts on the body developed from using vape products. This report was brought to numerous people’s attention around the world and convinced many individuals to quit. As more reports come out about how electronic cigarettes negatively impact the body, school boards hope that it will spread awareness of the harmful effects. It’s a vital priority to spread the message that schools will give consequences for vaping, and police can be involved.