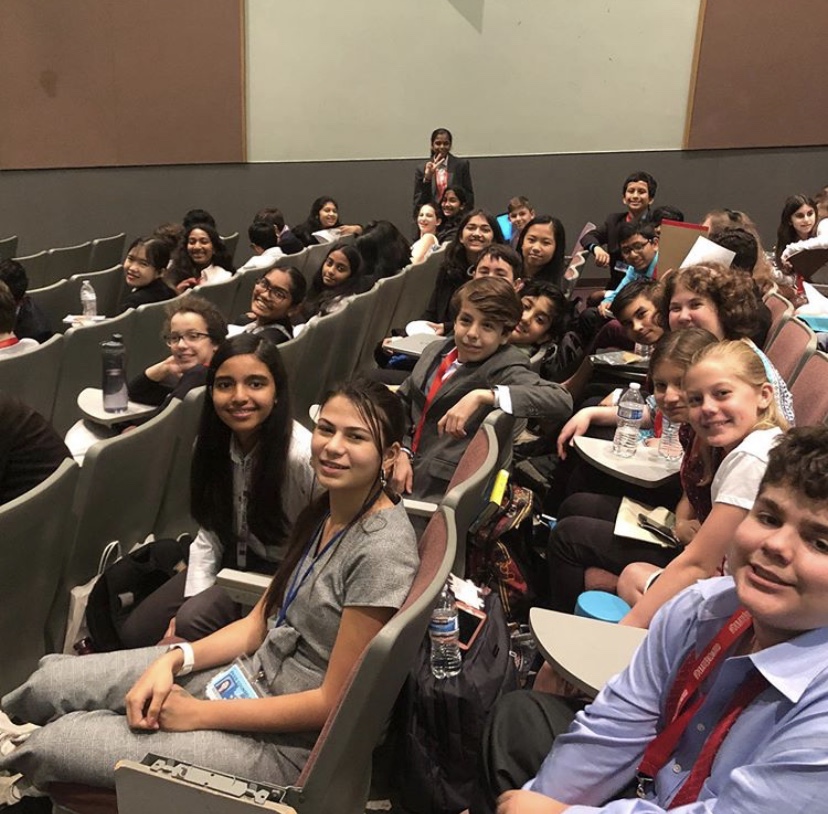 The FCMS Debate team won a total of 23 medals during the December 11 competition at Marjory Stoneman Douglas High School. The Debate team participated in three debates and eight speech events.

According to Ms.Jennifer Dailey, the debate coach, each event has two rounds.

“The students wait until they post their first round to compete and then they go back to the cafeteria or auditorium and wait for their second round to be posted.” “After that, they go and complete their second round when it’s time and at the end we just kind of hang out and wait around for our ballots and medals.” said Dailey.

The competition was challenging with FCMS going against many ranking schools.
“I felt nervous and excited,” said eighth-grade debate student Samhita Kashya. “It’s
exciting to see the effort I put in paid off.”

The following Debate students won a medal in their event.