Eighth-grade student at The Cove, Summer Kauffman, was diagnosed with scoliosis in sixth grade during a school scoliosis screening. Scoliosis is defined as a sideways curvature of the spine, usually occurring during the adolescent growth spurt. Typically, scoliosis is idiopathic, meaning it has an undetermined cause. For the past two year 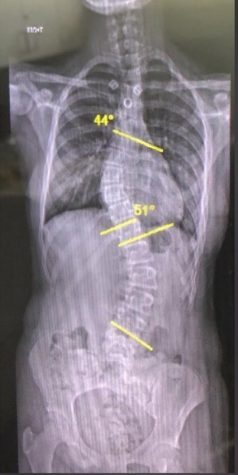 s, Kauffman has suffered from scoliosis and its symptoms.

Tracey Kauffman, (Summer’s mom), and Summer have gone to many different specialists until they found Dr. Jahangir Asghar who became Kauffman’s current doctor. On January 10, 2018, Kauffman received her back brace. The brace would hold her spine in place, to keep the curve from progressing. She was to wear the brace 21 hours a day; this meant wearing it to school– and concealing it with baggy clothes.

“Wearing a brace is the toughest thing I have ever done,” she said. Kauffman hasn’t let her condition hold her back from achieving her goals. She has been on The Cove’s cheer team since sixth grade. Even with the pain from her brace, Kauffman has made every effort to be at the top of her game. 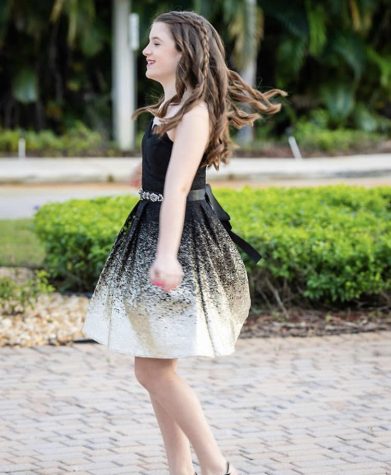 At a recent appointment with her orthopedist, Kauffman was told she would need a spinal fusion. A spinal fusion is like a “welding” process. It fuses together two or more vertebrae so that they heal into a single, solid bone. Her curve had worsened, and without having a fusion, it would only progress. Kauffman stated, “I immediately broke down in tears, as I have never had surgery and have never been so scared.”

The recovery process for a spinal fusion is extremely painful and challenging. Her surgery was December 5,  and even with the pain, Kauffman was up and walking later that day. On December 9, Kauffman went back home, where she has been resting. Before the surgery, Kauffman was more than ready, “All that I have left to say is that I want the best scar they got! They can bring it on!”